In a world where everyone has magic coursing through them, legend says magic itself craves a mate. Legend says those with opposite magics have the greatest chance of forming the unbreakable Bond it desires.

A.B. Cerise is an obsessive-compulsive pop star with the ability to turn invisible. He’s an out bisexual with absolutely no belief in Bonds. He has a love-bruised heart, thinks dating in the spotlight is a hassle at best and a nightmare at worst, and has no intention of going through it all over again.

Matthew Hellman-Levoie is the NHL’s number one goalie prospect, the youngest family member in a hockey dynasty, and one of the rare few who can see the unseeable. He’s a straight man who wears his heart on his sleeve, has grown up searching for a Bond, and dreams of finding the love of his life.

Their magic is magnetic. Their touch is electric. They’re the textbook case for Bonding. But legend never said anything about what to do when sparks fly between people opposite in more ways than magic. 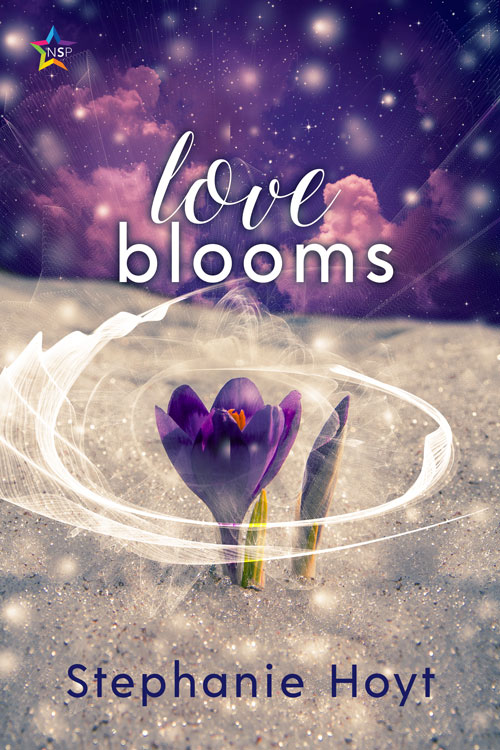 Nico Hamurişi is the one and only son of Santa Claus. All his life, Nico has known he’s expected to fall in love and find lifelong commitment by the Christmas of his thirtieth year—like every other heir before him. But knowing and accepting are vastly different things, and as the final countdown begins, Nico has yet to embrace his fate. His once great enthusiasm for eventually becoming Santa has been dimmed by uncertainty over how the Santa Line will be affected when he marries a man.

With only a year left, will Nico have time to find love and commitment all while learning how magic will transform the family line to accommodate who he is and who he loves?

Love Blooms can be purchased through  Amazon, Barnes & Noble, and directly from the publisher. 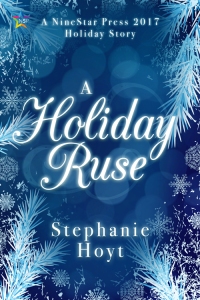 Kezia’s been harboring feelings for Magdalena for what feels like an eternity. She’s made peace with that. But when her happily committed best friend is suddenly single, that peace is disturbed. Especially when Magdalena comes to Kezia asking for a huge, unreasonable favor. Kezia doesn’t know how to say no, even though she knows she should. Will she be able to maintain her composure while helping the broken-hearted Magdalena? Or will pretending to have the girl of her dreams only lead to a broken heart of her own?

A Holiday Ruse can be found on Amazon, Barnes & Noble, and directly from the publisher, NineStar Press.